As COCAP was selected as the convener for the Magna Meet this year (2021), we left no stone unturned to make it among the successful events of the whole Magna Meet series. The Meet took place from 8th to 14th December and COCAP takes pride to be holding all the concerned sequential programs in an efficacious manner. In a very limited time after the handover, it made sure the event is noted as one of the biggest events of Human Rights this year with the 39-point declaration it issued on the final day. 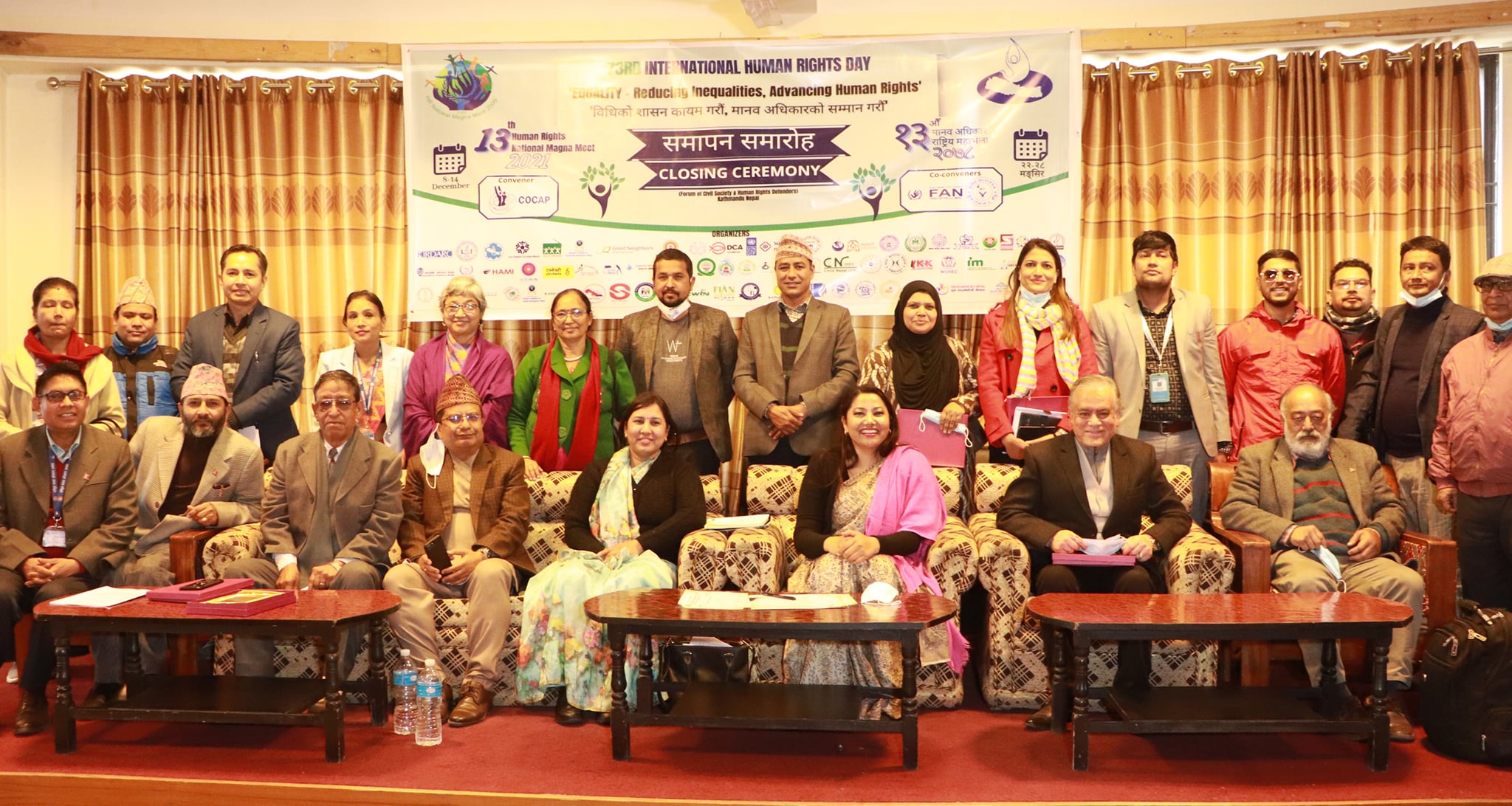 Since its inception, COCAP has been consistently organizing various campaigns and conferences on human rights, peace-building and constitution writing, and social security/ protection at national, regional, and local levels. It organizes such programs in collaboration with its member organizations, like-minded organizations, their networks, and other well-wishers. Some of the most prominent programs organized by COCAP over the years are: